We'll be posting anything and everything here worth mentioning around the club. Click any category below: 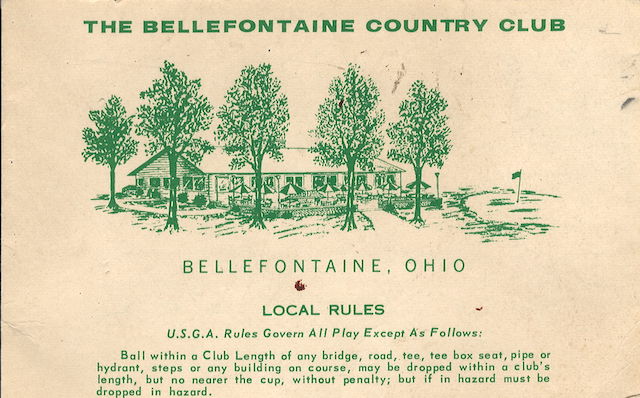 According to a newspaper article from July 19, 1907, "The first steps toward the organization of a country club for the pleasure loving people of Bellefontaine were taken at a meeting held in the offices of Dr. J.P. Harbert which was attended by about 30 enthusiasts who were pioneering the movement.""It is the purpose of the club to buy or lease a country place, on the line of the traction railway either south or north of town, and there a establish a modern club equipped with golf links, tennis courts, and where meals and lodgings can be had by the members and their families." 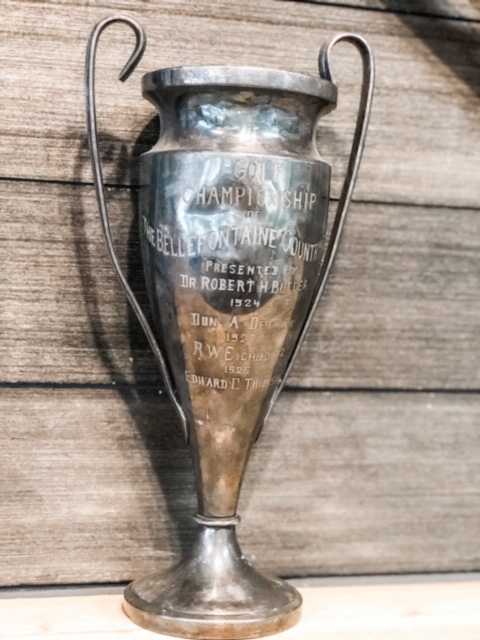 This fabulous old trophy dates back to 1924 at the club. (Thanks to Bud Eichholtz for sharing it with us. It features his father's name.) All former Club Champions (flights, net, etc) will be invited back to participate in our Homecoming Weekend and Tournament of Champions July 11-12, 2020. Details will follow later.

In the most sweeping revision in more than 60 years, officials from the USGA and R&A, golf's governing bodies, have reorganized the rules making them easier to understand and apply. These useful changes can help save you strokes and will benefit everyday golfers.

Here's a quick look at the new rules that can have the biggest impact on your game:

1. Use this shot only when your landing spot is on the fringe or the green.
2. The One-Fourth Rule assumes a flat surface. Adjust for slopes accordingly.
3. This ratio applies specifically to the 9-iron chip shot.

Regardless of the length of the putt, the rhythm and duration of the stroke should remain the same.  Try saying the phrase:  "One-thousand-one" to yourself as you putt.  Saying the words in a natural cadence should take a little longer than one second.  Applying this rhythm to every length of putt will help your speed control.

How Can We Help?